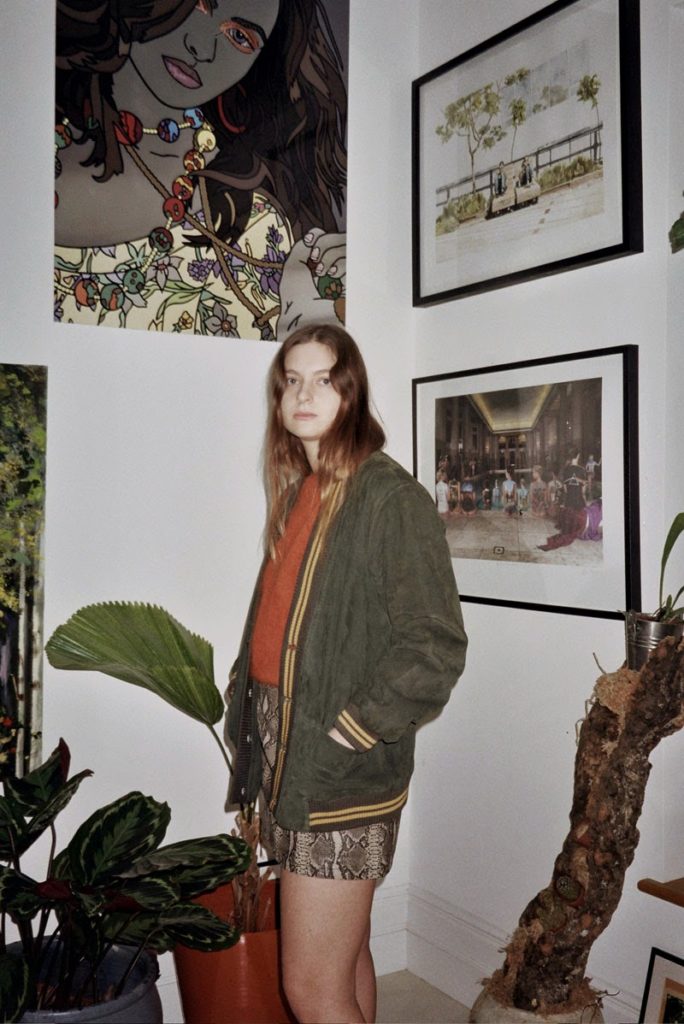 Rosaline Shahnavaz is a photographer from South London. Although she only graduated from university last year, she is rapidly making waves across the diverse discipline of contemporary photography – spanning art, fashion and documentary in her work. Her high profile commissions, although a credit to Shahnavaz’s seemingly unceasing work ethic, was aided by her outstanding final project, Far Near Distance – an intimate portrait of her cousin’s closed life in Tehran juxtaposed with the unattainable beauty of the surrounding countryside and a series of letters that highlight Shahnavaz’s relative freedom. For this she won both the Michael Wilson Award and an award from Photoworks.

Having honed her practice in the classrooms and darkrooms of the London College of Communication, Shahnavaz is now making her living as a photographer. I spoke to her about making the step from education to employment, the effect this and on her work and her recent exhibition at the Notting Hill Arts Club in London.

Post university life has been great. I mean, it has been very non stop. I’m almost too exhausted to be tired.
I’ve been teaching photography part time, shooting commissioned work, putting on exhibitions, working on personal projects. I guess it’s what I’ve always wanted to do so I’m really embracing it and enjoying every minute of it. It’s definitely a good kind of busy.
Your work during your degree has been very personal, either because it documents those around you or because of the style in which they have been made. How will this be affected by you ever increasing renown and the subsequent commissions, such as that for C-Heads magazine?
Well, I first got into photography through intimate documentation of my friends, or those around me. It’s very much the experience of getting to know someone, and the camera almost becomes secondary. I’ve never been about staging or shooting excessively to find the right shot. It’s more about having experiences and capturing it in a photograph. This has translated into all of my work whether I’m backstage at fashion week, shooting a musician for a magazine, or documenting my cousin’s poignant story for my degree show. It’s always about the people and the relationships I build. That’s what’s more important to me. Obviously with the shoot such as the one for C-Heads I did have a time limit so it’s a faster pace but I still seek to get to know my subjects in all situations. Their personalities need to come through. It’s essential to my practice. 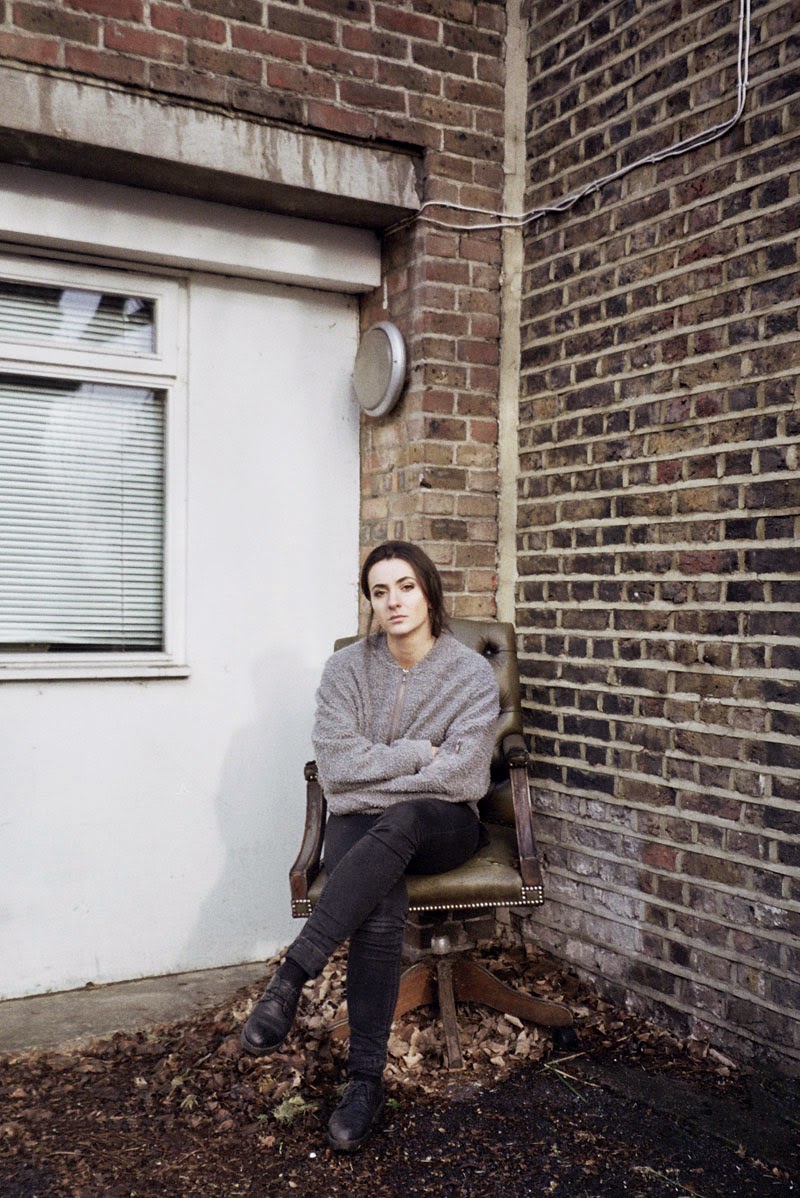 Will you also therefore look towards fashion photography, as you have with TEETH magazine, or stick to a more artistic approach to image making? Or both?
I don’t think I need to draw the line between the two. My art has influenced my commercial work a lot. They’re not entirely different entities, they definitely influence one another. Doing both is really important to me. 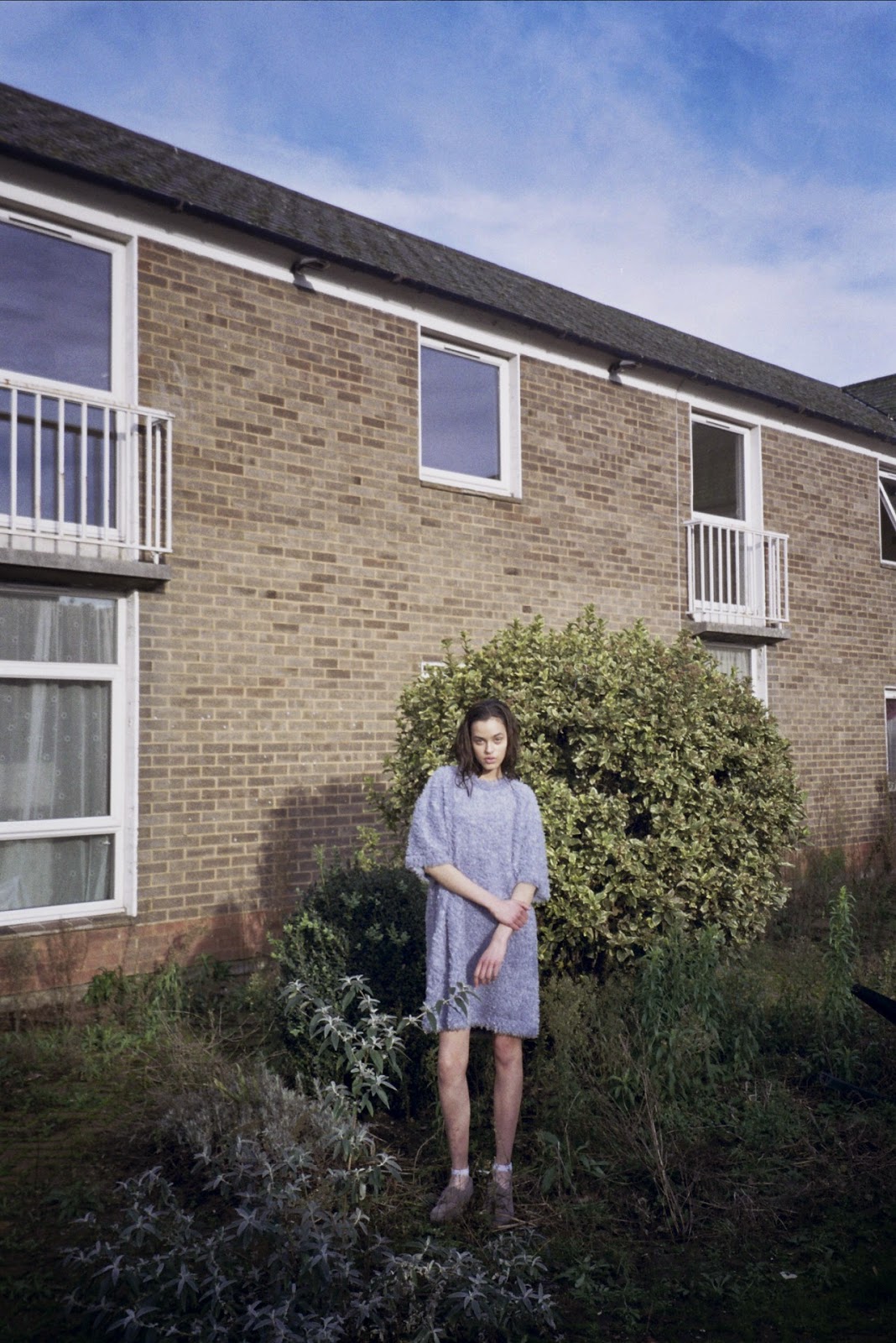 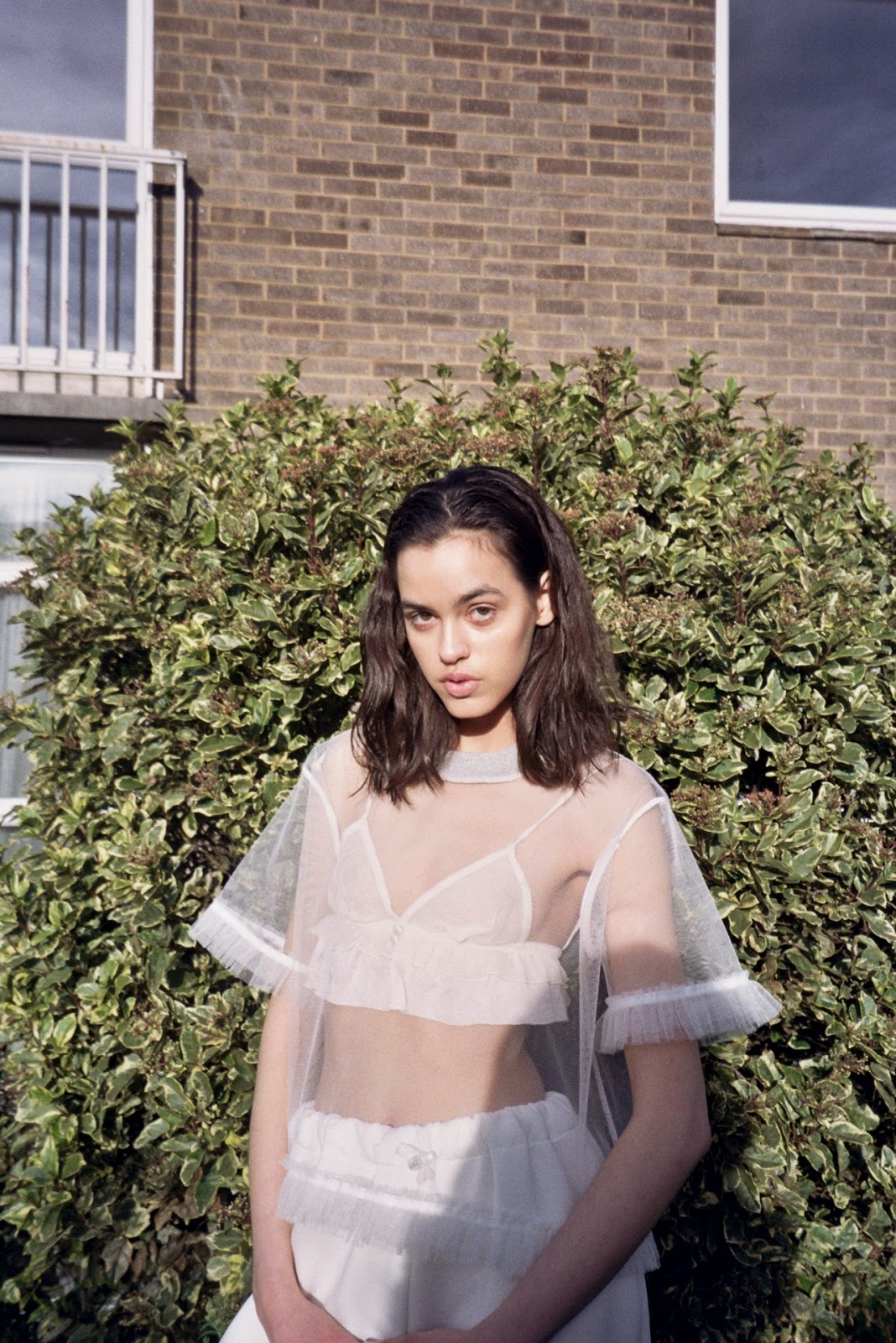 You were recently featured in a series of articles and a video for Nikon and The Telegraph, how did that come about?

Yeah that was really fun. They were interested in my work and wanted to follow me shooting some personal work, so they documented me on one of my shoots with the Focus E15 group. It was kind of interesting to look back on a day in my life in a way, I’m often too busy to reflect on what I do so it was nice to sum it up in a few minutes. Although they did make me seem as though I was some sort of Nikon addict and cut out the parts where I discussed my love for my RB67 and my film cameras. I shoot film 95% of the time so I hope the video wasn’t too misleading! I think it’s revealed in the interview articles that followed it up.
Your recently mounted a solo exhibition, a feat in itself for a recent graduate, entitled Nothing In The World But You. What was the thinking behind the show?
So, Nothing In The World But You was a show of all my personal portraits of my friends that I have taken over the years. They’re really almost unintentional photographs. Most of the time I was just a fly on the wall, but it’s these photographs that have influenced the way I work with my subjects still today. The opening was really great, my best friend DJed and it was a great opportunity to get everyone together. It was nice, almost reflective. I’ve been so busy with commercial work so it was nice to kind of take a step back to where it all started. I had a lot of feedback about how intimate the photographs are, how personal they are, and how raw they are. That meant a lot. 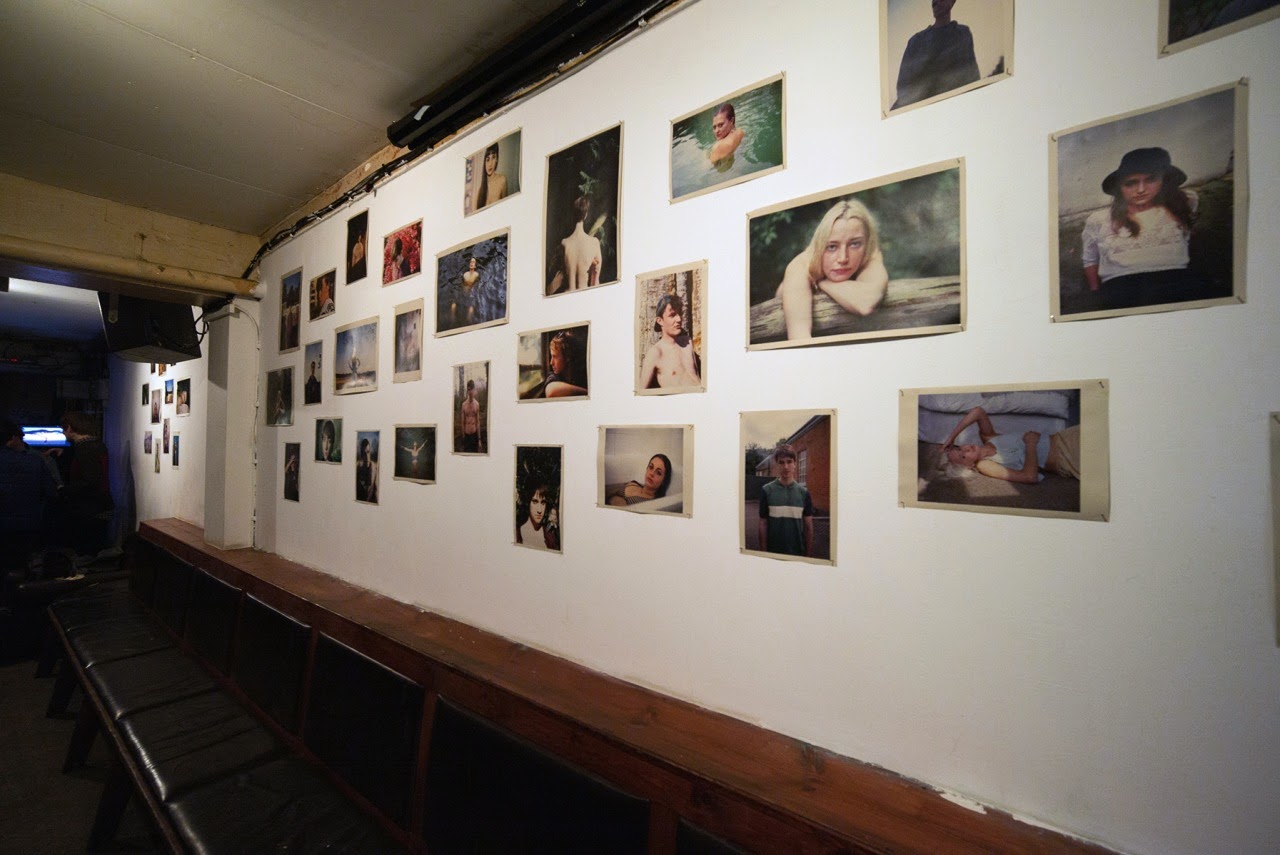 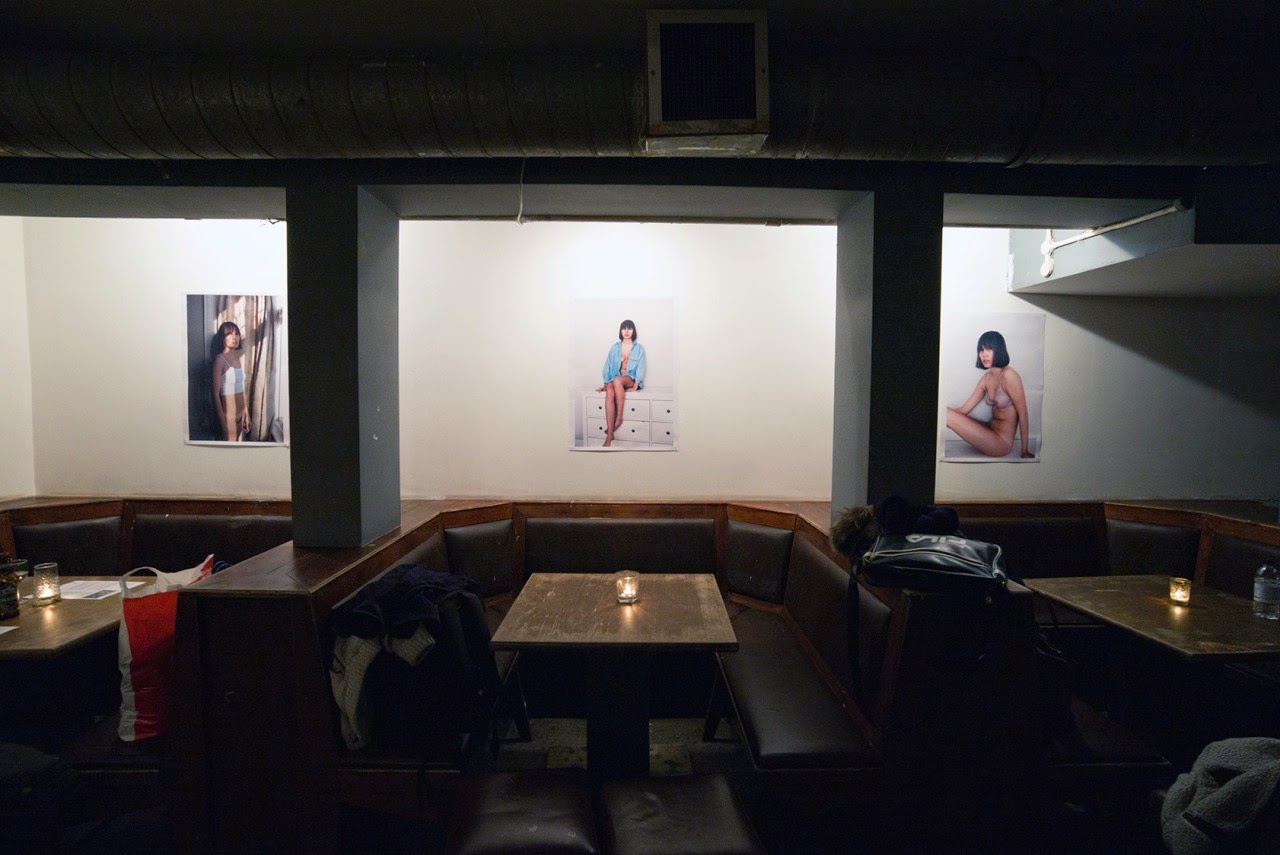 What are you working on/for at the moment?
I was recently approached by Effra London to shoot their Valentines campaign. They’re really into my personal photographs of my boyfriend and myself so they wanted me to more or less recreate these. So I just documented myself and Ben like I usually do but this time wearing some beautiful jewellery! It was such an organic and natural process which is what I love when photographing. I’ve also got a couple more editorials and some portraits for Topshop and Lula mag coming out soon so keep your eyes peeled! 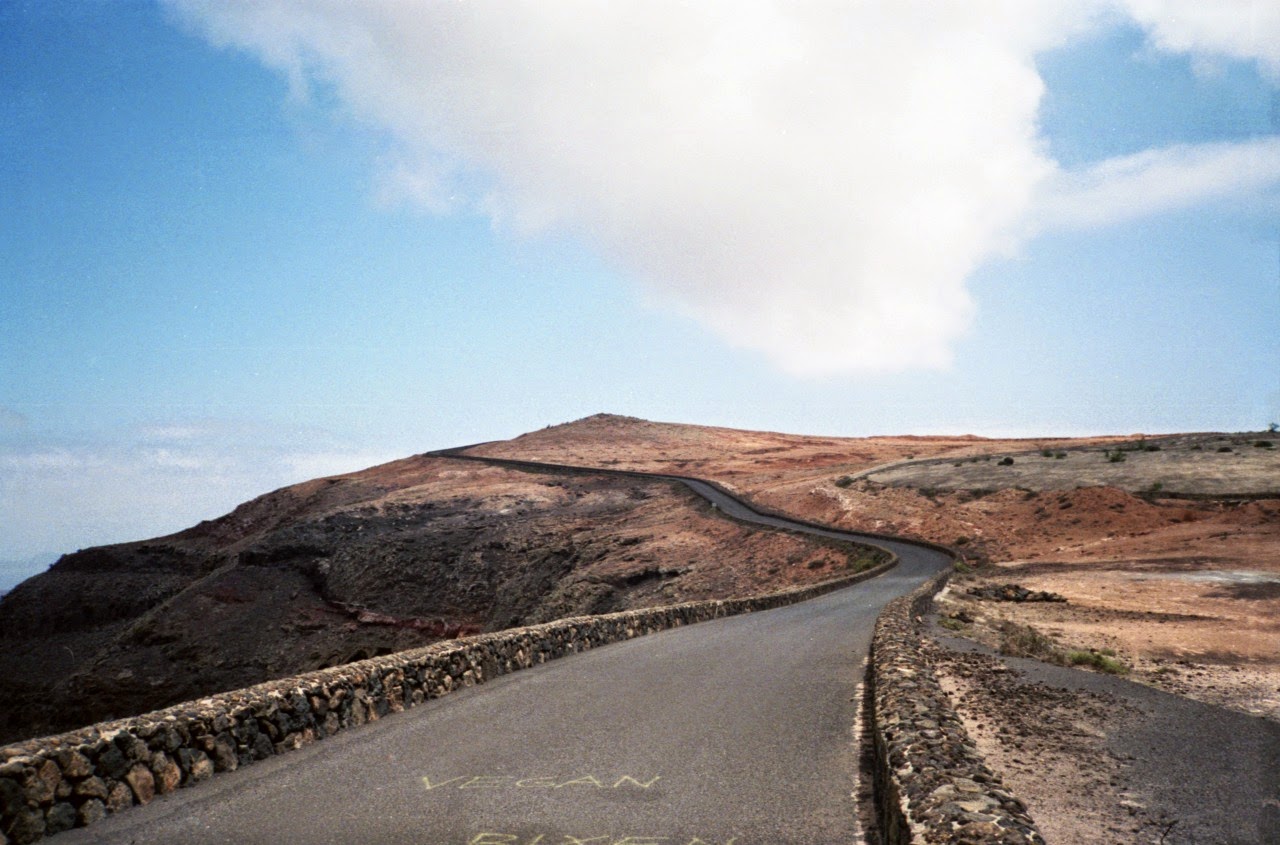