An interview with the British artist and provocateur Maxwell Rushton

“I’ve used my own blood as a medium and that can be disturbing to some people, but being disturbed is like being awakened and the art that makes you feel alive for good or bad reasons – that’s what I love about art.”
Maxwell Rushton and I met at a whimsical Halloween party in Soho in a candlelit room filled with dried flowers, candles and art. Despite his lack of costume, he was able to look past my Belle from Gone with the Wind costume and we debated his controversial artwork, which has been well received by the press. Through physically becoming a brand by painting 20 pints of his own blood into a logo in ‘Buy In Bleed Out,’ or by spending a year in isolation constantly drawing a set of four marks repeatedly for ‘Drawn Out,’ Maxwell has established himself in the art world. Despite finding his provocative work aesthetically challenging, I was drawn to it, because of his unique ability to both shock and move his audience. 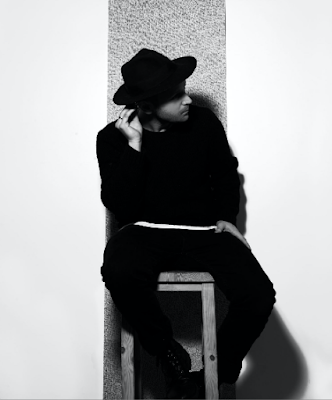 The English artist (born August, 1989), graduated from Leeds College of Art in 2012 with a 1st Class Honours in Fine Art. As you will have gaged Maxwell’s distinct and diverse artistic practice covers a broad spectrum of themes and a wide range of mediums including blood. Maxwell recent solo exhibitions include MMX Gallery (london), West London Art Factory (London) and Cellar Shows (Leeds). His work has been shown in critically-acclaimed group exhibitions such as BCN Art (Barcelona), The Brick Lane Gallery (London) and Hoxton Basement (London). Maxwell is represented by Contemporary Collective Gallery and lives and works in his London studio.
Was there a pivotal moment when you decided to follow your passion?
Not really, art has always been in the forefront of my thinking, it’s my only passion and I’m grateful to those that have made it possible for me to follow it through.
What piece of your work would you like to be remembered for?
I started working on a pair of works in 2012, in a sort of yin-yang respect I consider them to be one whole piece. They’re called Buy In Bleed Out and Drawn Out and so far, if I were to be remembered for anything, I’d like it to be these works. I guess it’s because they’ve taken me the longest and because they’ve each tested me in their own ways; Buy In Bleed Out is a painting of a logo made from approximately 18 pints of my own blood, and Drawn Out consists of four 10 meter rolls of paper on which I drew 10,000,000 lines over the course of a year, in isolation. Also I’d chose these works because they represent ideas which still, even after years of their conceptual conception, seem to maintain their relevance to how I make sense of major part of my life – namely my positioning in a world of commercialism.
If you could be born in another period of history, when would it be?
If I was able to time travel as opposed to starting off as a baby then I’d like to spring up around 150,000 BC, because then I could have taught cave men/women how to produce fire, and to have achieved that would surely be a man’s greatest contribution to humanity. Also since that period is roughly 25,000 years before fire was actually discovered it might speed things up so that today might look very different.
How would you define beauty in 140 characters or less?
Beauty can be found everywhere; in the shape of these letters to baroque sculpture, in the physical to the metaphysical and  in life and in death. 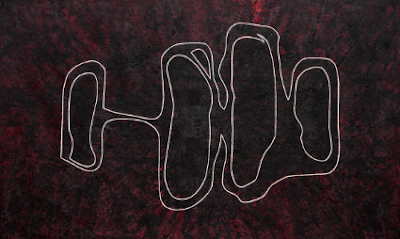 Do you have a favourite book, film or painting, which inspires you?
The non-narrative documentary film Samsara (2011) is one of the most inspiring films I’ve ever seen. Showing both the darkest and lightest parts to humanity it gives me the confidence to be unapologetic about the parts of myself which I express in my work and how I express them. As I mentioned I’ve used my own blood as a medium and that can be disturbing to some people, but being disturbed is like being awakened and the art that makes you feel alive for good or bad reasons, is what I love about art.
What is your greatest indulgence in life?
In a lot of people’s eyes it would be my self-gratifying practice of creating art, but thankfully I’m in safe hands with this readership.
What fictional character from literature or film would you like to meet?
God . . . unless of course he turns out to be real, in which case I’m ok for now.
Do you believe that true creative expression can exist in the digital world?
If you mean original and uninfluenced expression existing in a world of connectivity then yes it can. It’s harder to find in this digital age because we’re always plugged in so we’ve become experts on other people’s lives and views, but I don’t believe original expression is restricted only to those of us that remain outside of popular culture.
What do you wish every child were taught?
How to peacefully narrow the gap between the super rich and poor. 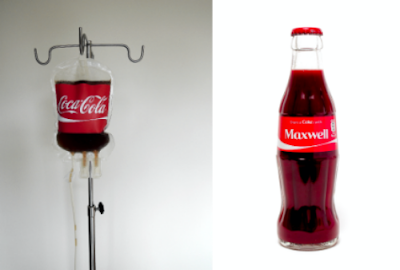 Have you ever had a moment when you questioned your career entirely?
Never.
What is your favourite museum or art gallery and why?
I love places like The British Museum, Natural History Museum and the V&A. I tend to go to these places to think beyond whatever my last piece was, I get a lot of my ideas from these vats of anthropology and history.
Who would you most like to collaborate with and why?
Well actually today I sent a proposal to a charity whom I’d like to work with in regards to one of my projects which was initially inspired by homelessness. A couple of my siblings have done work for The Big Issue and other such charities, and I’m recently thinking I should get involved more directly than I have been.
What is your daily routine when working?
It depends on what I’m making and how far through the process I am of making it. Normally if I’m at the early stages of a piece I’m spending the day researching/emailing and tracking down materials. If I’m in the middle of the piece I’m early in my studio (occasionally before the blood in my bag has gone cold) until 8pm-ish, in here I enjoy myself the most. If I’ve finished the piece then I’m sending the work out and starting to action new ideas etc. I do try and stick to one task at a time but that doesn’t always happen.
What has been your most inspiring travel experience?
The year I spent alone in the Alps working on Drawn Out was inspiring, mind bending certainly.
What advice would you give to a young person following in your footsteps?
If they are following in my footsteps then I’d give them the advice I often give myself:
Don’t bother making it if:
– Your idea isn’t good enough to give up at least a year of your life to make it.
– If something similar has been done before.
– People can’t relate to it.
– You don’t believe in it 100% (People want to see a larger than life belief from the artist?.
– You think it could be forgotten.
– If it’s not going to be the best thing you have ever done.
~ No cheap parlour tricks.
~ If it’s painful to make then good, it’ll be more rewarding when it’s done.
~ Think about making new work without limitations of money, manpower or not knowing how to make it and don’t be lazy.
~ Think simple/elemental but do it BIG! 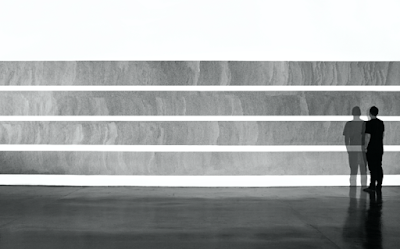 Why do you love what you do?
Not being pinned down to a single medium means that I look through eyes which are habitually trying to determine artworks from everywhere and in everything. But what I love more than the search and what makes me feel most like an artist, are the moments after an idea lands, those few minutes when I try to guide an abstract thought into what it wants to become.
Written by Flora Alexandra Ogilvy, founder of Arteviste.com.