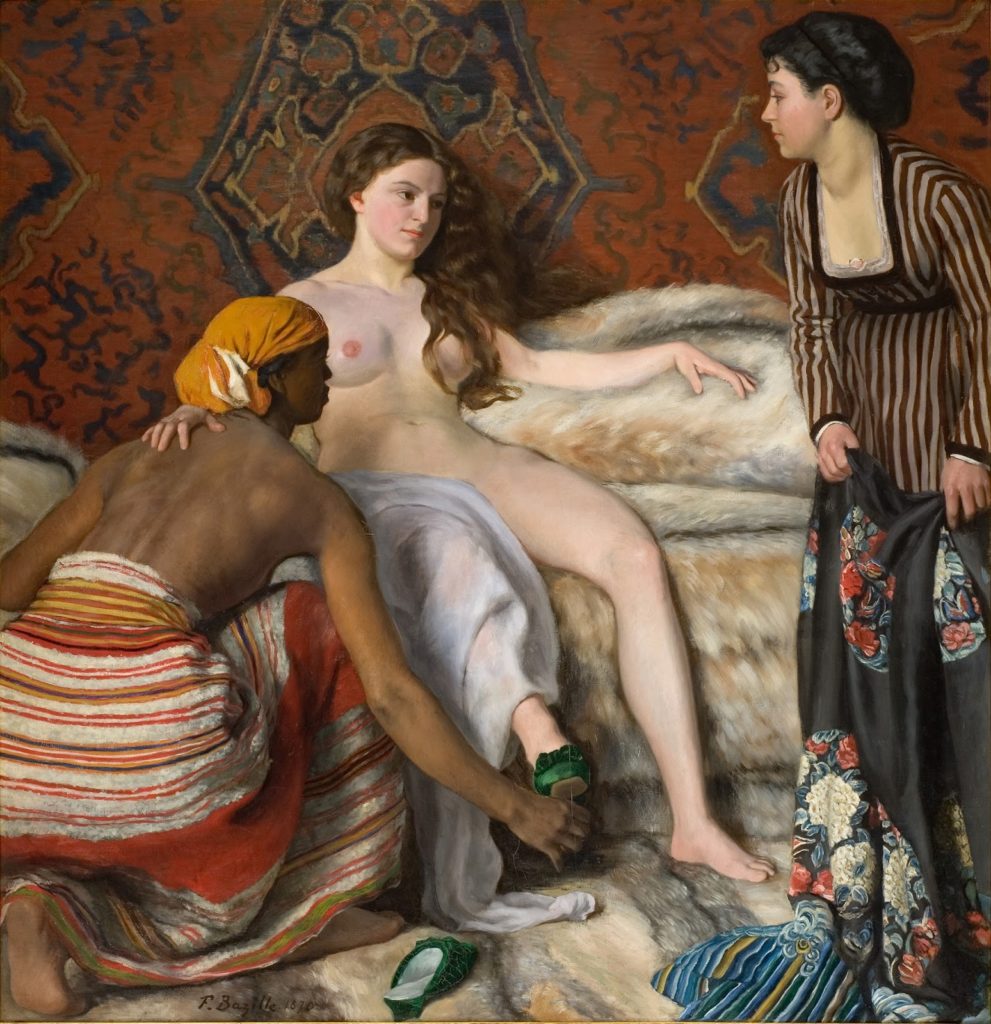 A Review of the ‘Delacroix and the Rise of Modern Art’ Exhibition at the National Gallery, London 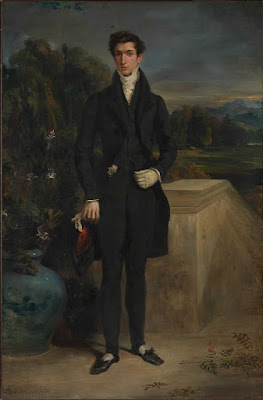 17th February – 22nd May 2016
The Sainsbury Wing’s newest guest is the French painter Eugene Delacroix, known for his impassioned works of Romantic art. Their current exhibition captures his influence on iconic modern painters such as Matisse, Van Gogh and Courbet. With a diverse array of floral, allegorical and religious scenes, Delacroix’s expansive subject matter knows no bounds, but the exhibition lacked enough of the stronger works by the artist himself. Despite being taught by the Neo-classical painter Guerin, Delacroix drew more from the colour and movement of Rubens and the Venetian Renaissance than the perfection of Ingres. In terms of style, Delacroix carved his own path as he distorted the anatomy of his figures, heightened colours and used techniques often considered undisciplined and idiosyncratic by his contemporaries. 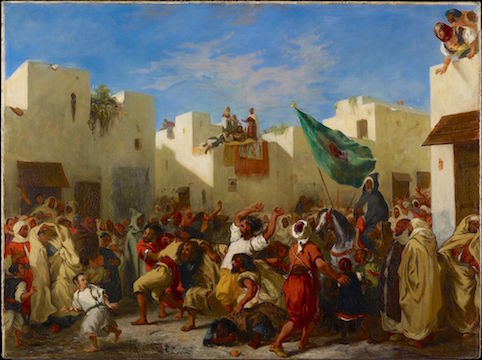 In the words of the French poet Charles Baudelaire, “Delacroix was passionately in love with passion, but coldly determined to express passion as clearly as possible.” With his penchant for the dramatic, Delacroix’s work was often controversial, but it was also that tension between the opposition and his enlightened supporters, which made his oeuvre so beguiling. On a lighter note, the first room of the exhibition is home to a naturalistic portrait of Louis Auguste Schwiter 1826. The handsome young man poses in nature with a textured white cravat illuminating his inquisitive eyes and a romantic landscape disappearing into the background. But, as you progress the subject matter diversifies. Not only did Delacroix draw from classical models of Greek and Roman art in his work, but he also travelled to countries like Spain, Algiers and Morocco in pursuit of the exotic, the dramatic.
In the days before the camera, Delacroix sought the ‘living antiquity’ in large canvases painted of his travels from memory back in Paris. In Convulsionists of Tangier 1838 he captured the trance-like state of religious fervour experienced by the crowd during the annual procession of Aissoua. Disappointingly, the National Gallery weren’t able to obtain more of his larger masterpieces from museums such as the Louvre offering us only ‘reduced replicas’ of The Death of Sardanapalus 1827 or the seductive Women of Algiers in their Apartment 1834. At least the latter was reflected in Frederic Bazille’s La Toillette 1870, a nod to Orientalism. Except the setting was more likely a Parisian brothel than Algiers given the presence of the Western woman and the Chinese robe she offers the nude protagonist. 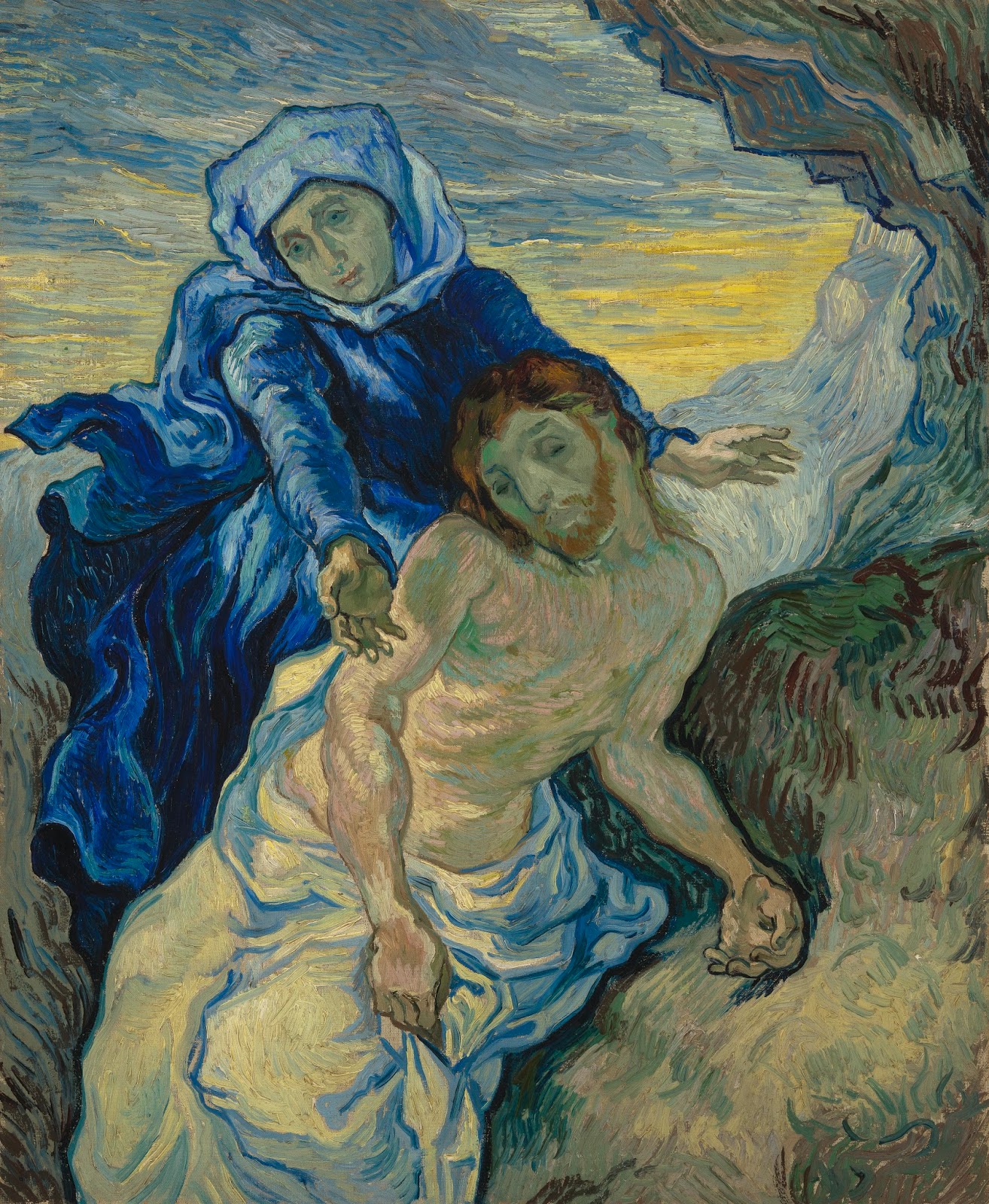 From 1847, Delacroix kept extensive journals in which he considered artistic techniques and reflected upon both his travels and experiences in Paris. These journals became a blueprint for the modern artists who worshipped him and followed in his creative path. Signac and Matisse would reportedly read them to one another. Van Gogh also drew from Delacroix’s sense of colour with the lemon and Prussian blue paint combined with impassioned, directional brushstrokes in his Post-impressionist work Pieta (after Delacroix) 1889. Given that he modeled the red-haired Jesus on his own face, it is unsurprising that Van Gogh’s brushstrokes were frenzied as if illustrative of his personal suffering in the asylum where he painted it. 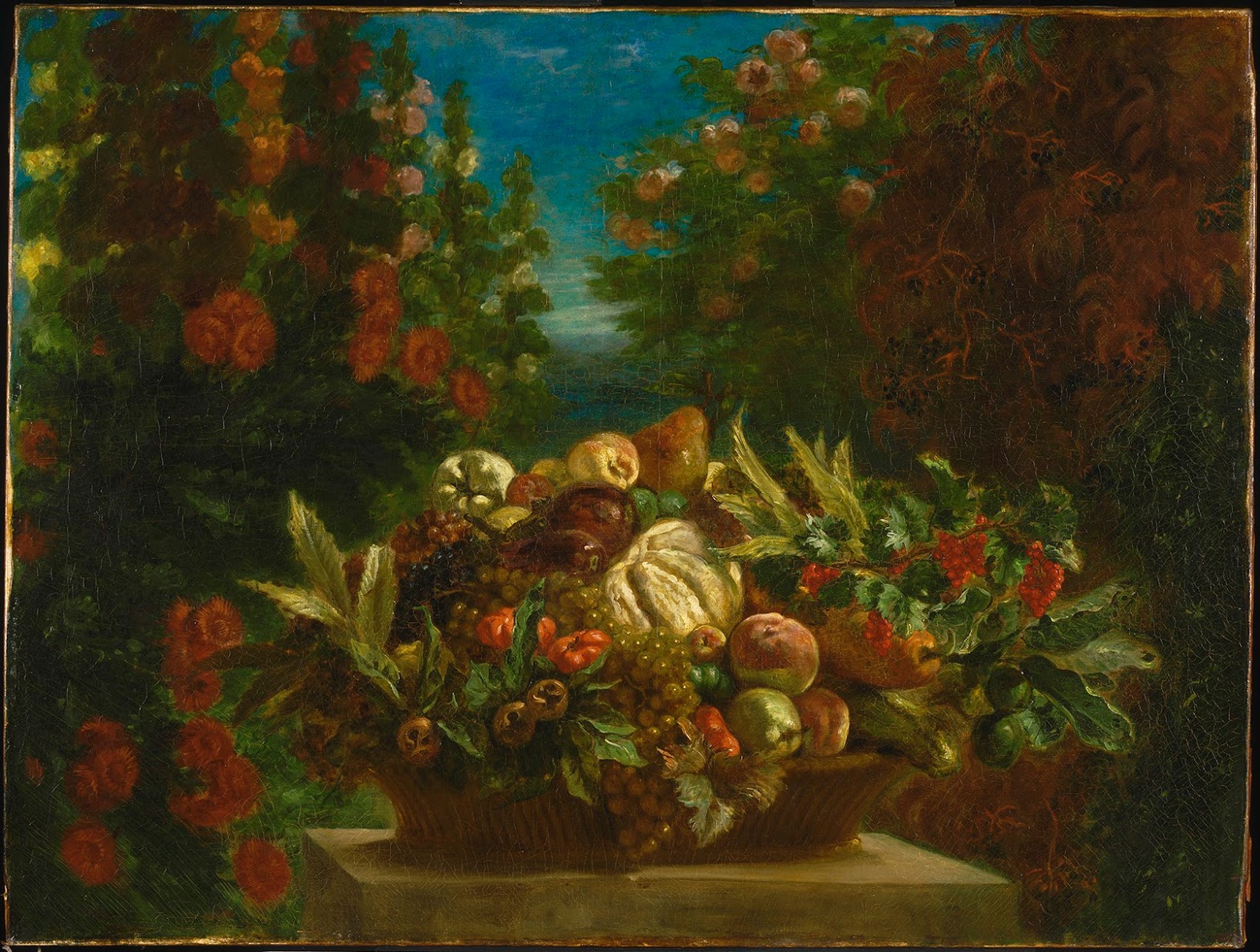 Competing with Claude Monet’s contemporaneous exhibition at the Royal Academy, Delacroix’s flower paintings were commanding a considerable audience. As his career progressed, paintings like the chromatic Basket of Fruit in a Flower Garden 1848 had become vehicles for his passionate feelings – you can almost smell the petals. Baudelaire thought Delacroix’s paintings were both dangerous and beautiful as he addressed the needs of the senses before the subject. In admiration of his botanical works, the French painter Ignace Henri Theodore Fantin Latour painted Tannhauser: Venusberg 1864 inspired as much by Wagner’s opera as Delacroix’s Romantic colour palette with ethereal women in soft reds and pinks frolicking in nature. 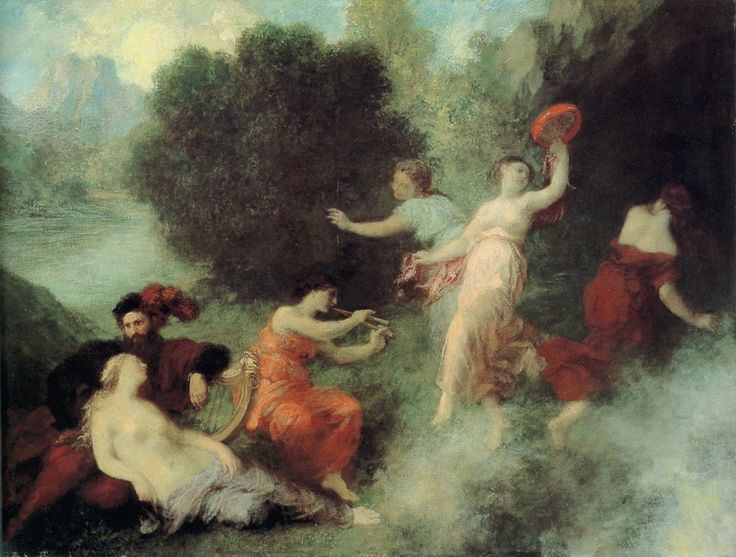 Delacroix was inspired by the poetry of Lord Byron with whom he shared a strong identification with the “forces of the sublime”, of nature in violent action. In Christ on the Cross 1853 we see Christ against a stormy sky in a work with the emotional intensity that Delacroix thought hailed from the speed of its composition. Continuing the religious theme, I was intrigued by the dream-like quality of St Sebastian unbound by the Holy Women, 1869 by the Symbolist visionary Gustav Moreau who often visited Delacroix’s Paris studio. Influencing a plethora of young painters, Delacroix was an icon of the avant-garde, a self-taught painter with an interest in colour. 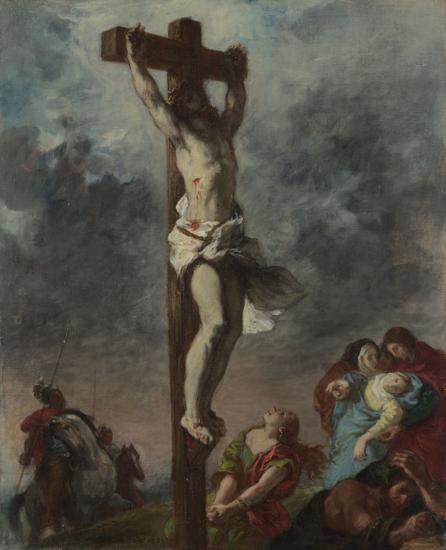